You are here: Home / blog / Encouraging the next generation to dive into history on England’s protected wrecks

MSDS Marine, together with the Nautical Archaeology Society, have been commissioned by Historic England to undertake a project looking at volunteer recruitment and engagement on England’s protected wreck sites. To launch the project Alison James (Project Manager) explains a little bit about protected wreck sites and their long relationship with volunteers and how a new generation can now get involved.

What is a protected wreck site?

Designation of important historic wreck sites in the territorial seas of England occurs under Section 1 of the Protection of Wrecks Act 1973. This allows Government to control access to sites that are identified as being those likely to contain the remains of a vessel, or its contents, which are of historical, artistic or archaeological importance. It’s important to note that access is controlled but not prohibited; the purpose is not to stop diving, but rather, to ensure that it is done in a safe and responsible way.

You can find out more about the English sites designated under the Act here: https://historicengland.org.uk/advice/planning/consents/protected-wreck-sites/

You can find out more about the criteria used to designate a site here: https://historicengland.org.uk/images-books/publications/dsg-ships-boats

What is a Licensee?

Authorised access to England’s protected wreck sites is facilitated through a licensing scheme administered by Historic England on behalf of the Department for Digital, Culture, Media and Sport. Licensees and their teams are integral to the way maritime archaeology is managed in England on wreck sites designated under the Protection of Wrecks Act 1973. Anyone can apply for a licence to visit a protected wreck site, although a licence will only be authorised if it will be of benefit to the care, understanding or public appreciation of the site. Licence holders, and their teams, are normally referred to as Licensees.

Why do we need them?

Voluntary and community historic environment research has a significant value for the historic environment with a largely untapped potential [1]. However in the marine environment the role of a voluntary Licensee and their team has long been recognised as essential to the system that helps to manage historic wreck sites in England’s territorial waters [2]. The volunteer licensee teams have all consistently shown their commitment, enthusiasm and support for these wrecks of national importance. The licensees work tirelessly on the protected wreck sites, often funding their investigations themselves, to help bring these wrecks alive for the public on dry land for everybody’s benefit. They are a unique breed of diver: focused, enthusiastic, committed and dedicated. Historic England have recognised the enormous contribution they make to the management of the wreck sites by formally recognising them as affiliated volunteers.

Why do we need more of them now? 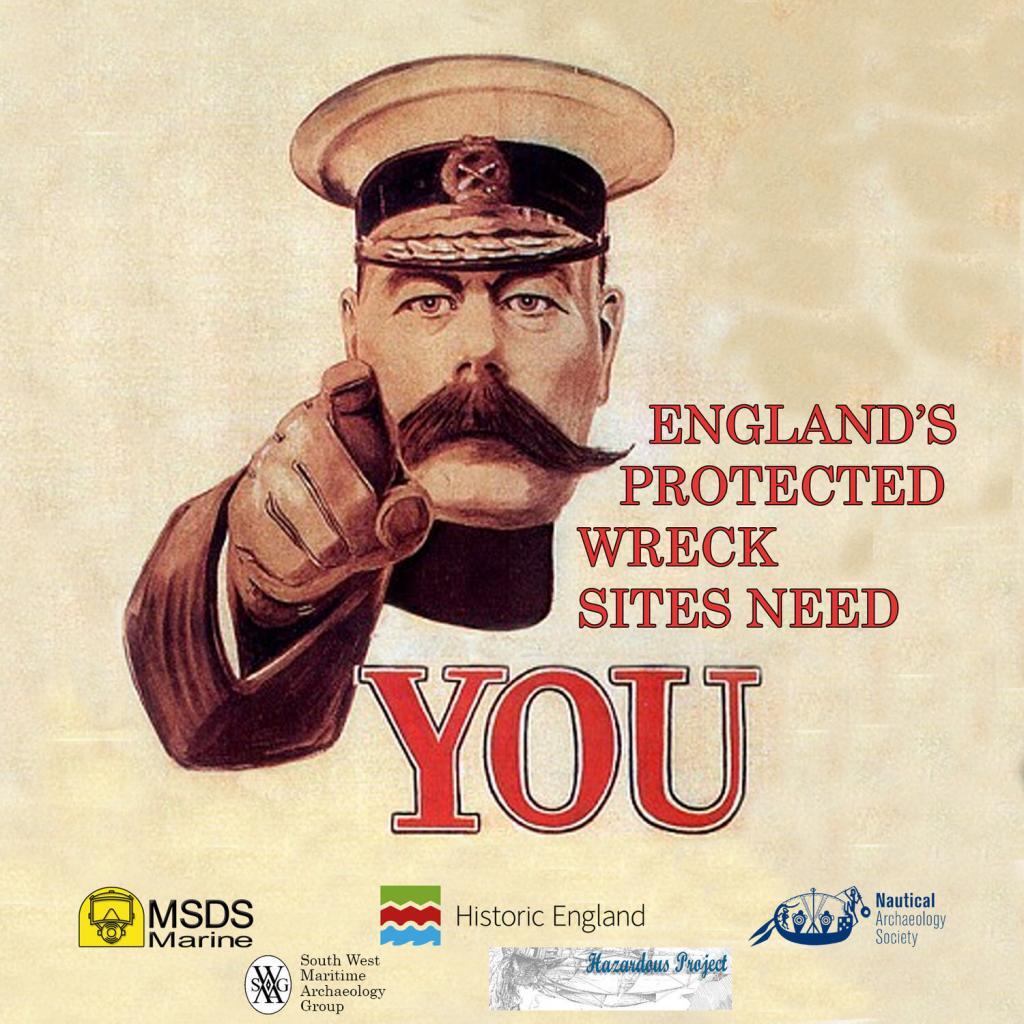 The Historic England Marine Vision statement identifies engaging stakeholders in the protection and enhancement of marine and coastal heritage assets through appropriate designation and management as one of its key priorities [3]. However, it is also recognised throughout the sector that the demographic of licensee teams is one of an ageing population. This was reported in Diver Magazine as early as 2009 with a call from English Heritage to recruit the next generation of volunteer divers, yet despite this, new divers are not getting involved with the existing Licensee groups or coming forward to start new groups [4]. The annual meeting of the Association of Protected Wreck Licensees has fewer people attending each year and the people who do attend have been attending for many years. There is an urgent need to get more divers involved whilst the current Licensees are still actively diving and able to pass on their knowledge to the next generation. A talk from Historic England at the 2016 annual BSAC conference led to many enquiries from BSAC divers, especially those in University clubs, who would like to get involved with diving on a protected wreck site but who had thought they weren’t allowed to and were unsure how to get involved. Conversely, discussions with several Licensee teams have shown that they are in desperate need of more volunteers but that they have often found it difficult to find new divers. It is clear there are many divers who would like to contribute their time and skills to volunteering on a protected wreck site but a project to engage with them and to act as a liaison between new divers and existing teams was needed, hence, the development of this project.

Historic England have commissioned MSDS Marine to undertake a pilot project linking two existing Licensee teams with new diver groups; to report on the successes and challenges faced in the project; and, to make a series of recommendations for future licensee volunteer recruitment. The project is a partnership with the Nautical Archaeology Society with whom MSDS Marine have a proven working relationship.

In 2019 MSDS Marine will be working with the Hazardous Project and the South West Maritime Archaeology Group to recruit new members and undertake fieldwork on protected wreck sites.

The Hazardous is a protected wreck on the West Sussex coast that has been worked on by Iain Grant and his team for more than 30 years. In six short years the Hazardous served as a French naval vessel, was used as a privateer, sailed the Atlantic three times, was taken as a prize and finally saw service in the English Navy before being lost in 1706. The wreck was located by divers from SAA 308 in 1977 and the group has been investigating the site ever since. The site was classed as high risk on the Heritage at Risk register for many years and the volunteer dive team are now excavating the site to ensure that information is not lost. Their work has allowed the site to be removed from the Heritage at Risk register. Iain’s team is only small and they need more people to get involved to help them record the site on the seabed, as well as to look after and record recovered finds.

The South West Maritime Archaeology Group (SWMAG) describe themselves as a team of avocational divers with a passion for history from the sea. The group has a long standing relationship with a number of protected wreck sites including those at Salcombe and Moor Sand. The protected sites there contain both Bronze Age and 17th Century material and have resulted in a wealth of finds that are now on display in the British Museum. SWMAG members come from Northampton BSAC which was one of the first BSAC groups to be formed. At its height the club had over 220 members but today there are only a few members remaining. The club maintains outstanding facilities in Northampton and has so much to offer and is keen to get new members on board to help with projects such as that as Salcombe and Moor Sand.

How can I get involved?

There has never been a better time to get involved with diving on a protected wreck site. We will soon be holding open days where you can come along, meet the teams and find out more about the diving planned on the sites this year. A open evening with SWMAG is planned for Thursday 21st March at 7pm in Northampton. A open evening for Hazardous is planned for Thursday 4th April at 7pm. If you would like more information on becoming part of the Hazardous Project or SWMAG teams in 2019 then you can contact Alison James (alison@msdsmarine.co.uk) at MSDS Marine for more information.

[4] Alison James 2009, Could you be the next champion of England?, Diver Magazine